The average lifespan of a computer and cellphone is now just 3-years, so it’s no surprise that electronic products in all shapes and sizes have become obsolete. This has led to an overabundance of electronics throughout the world, or what is now being deemed electronic waste, better known as “e-waste”.

User manuals for electronic devices such as computers, tablets, and phones describe the proper disposal of these when they are at the end of their life span. Despite this, many people in developed countries still throw electronics into the trash. E-Waste plagues landfills as it has the potential to cause severe environmental health impacts on both humans and animals. The long-term impact of electronic waste is immeasurable.

In an attempt to prevent the threat of e-waste affecting our ecosystems, 25 of the US States have adopted regulations and initiatives noted as “Electronic Laws” to help retailers, original equipment manufacturers, and the public address the ongoing dangers associated with electronic waste.

With consumers and businesses discarding millions of electronics per year, the disposal of e-waste continues to be a growing concern. This is especially concerning considering the fact that e-waste is not classified as hazardous waste but is toxic to the health of humans and biological life. 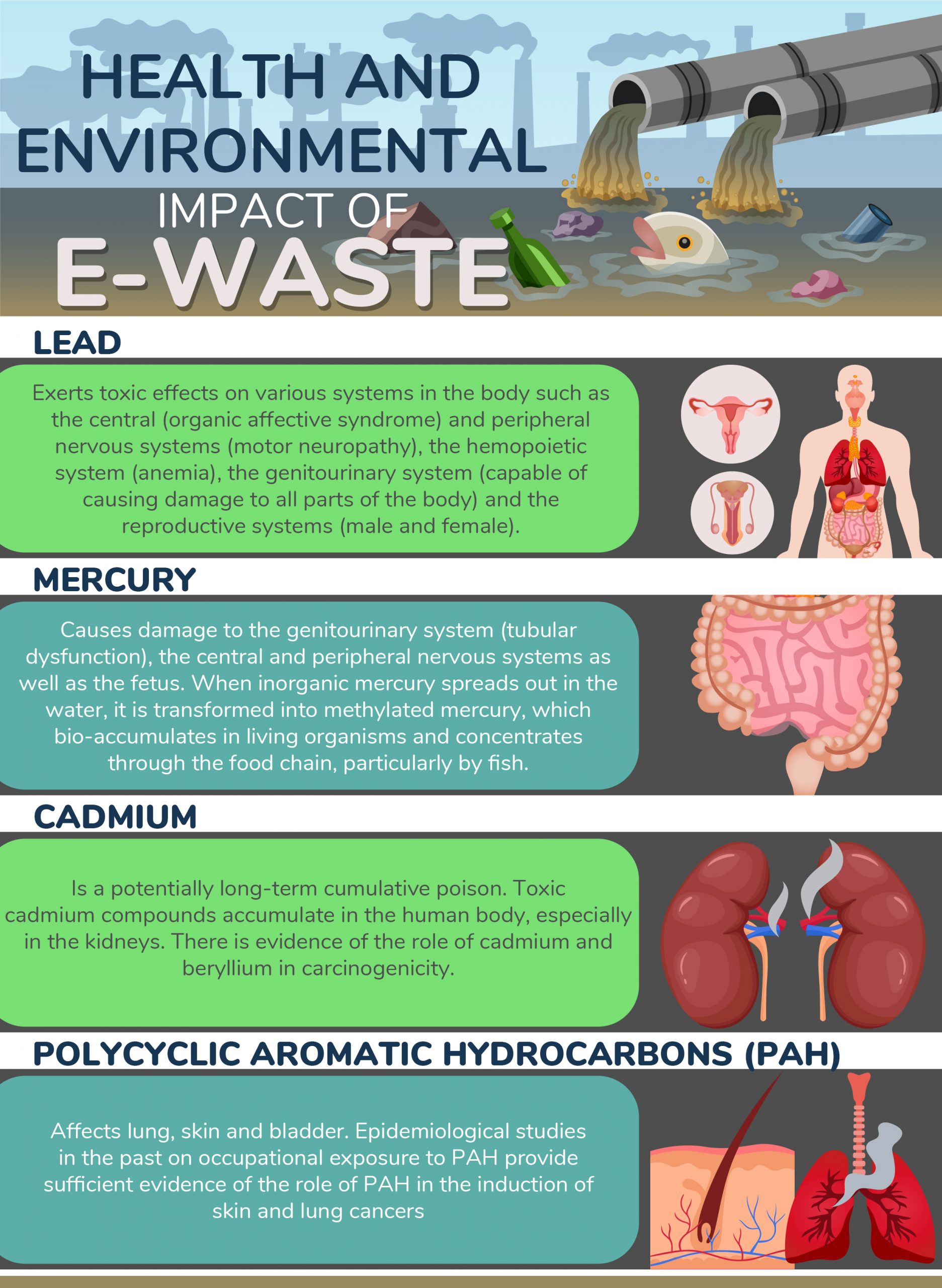 If E-Waste Is Hazardous, Why Isn’t It Classified As Such?

In June 2002, the Environmental Protection Agency (EPA) published a policy that addressed the disposal and classification of e-waste. It noted that “because obsolete electronics are often capable of reuse, they are not considered waste until the decision is made that they cannot or will not be reused.”

Conversely, the definition of hazardous waste is “waste with properties that make it potentially dangerous to human health or the surrounding environment. Hazardous waste can be liquids, solids, or contained gases.”

When analyzing these facts about e-waste and how it is typically disposed of, the effects it has on air, soil, and water is without question dangerous to humans and is an emerging health risk for the world.

This leads to a very important question about e-waste and its classification with the EPA.

Would there be any benefit to re-classification of electronics and e-waste as hazardous waste?

There seems to be a benefit to re-classification of electronics and e-waste as hazardous waste. This is apparent when reviewing the literature and reports of contaminated natural resources. While there is no federal law that requires the proper disposal of e-waste, it is estimated that less than 20% is properly dismantled, broken down, and recycled in the United States.

The 2019 “How the United States Discards E-Waste” publication from Berkley.edu noted that "The United Nations estimates that 10-45 of the USA’s e-waste is exported to other countries, even though there are international laws that prevent it.”

Re-classifying e-waste as hazardous waste would hold individuals and corporations responsible for proper disposal. It would also mandate proper recycling processes for electronics without the illegal exportation to other countries for disposal. This would be a significant change that could greatly cut down on the negative impact of e-waste on the environment.

It’s important to note that the US entered into the Basel Convention and International Treaty in 1990. The primary goal was to stop all hazardous waste movements around the world. However, out of the 186 countries in the Basel Convention, the United States is currently the only country (including Haiti) that has yet to ratify the treaty due to the absence of federal laws.

While the United States government has introduced bills to prevent the transportation and disposal of waste abroad, these bills have never passed through the congressional legislative bodies. This is a disappointment to some as many studies and analyses by the EPA have confirmed how harmful hazardous waste is to the environment and its inhabitants. There are currently no plans to address the ratification of the Basel Convention Treaty. 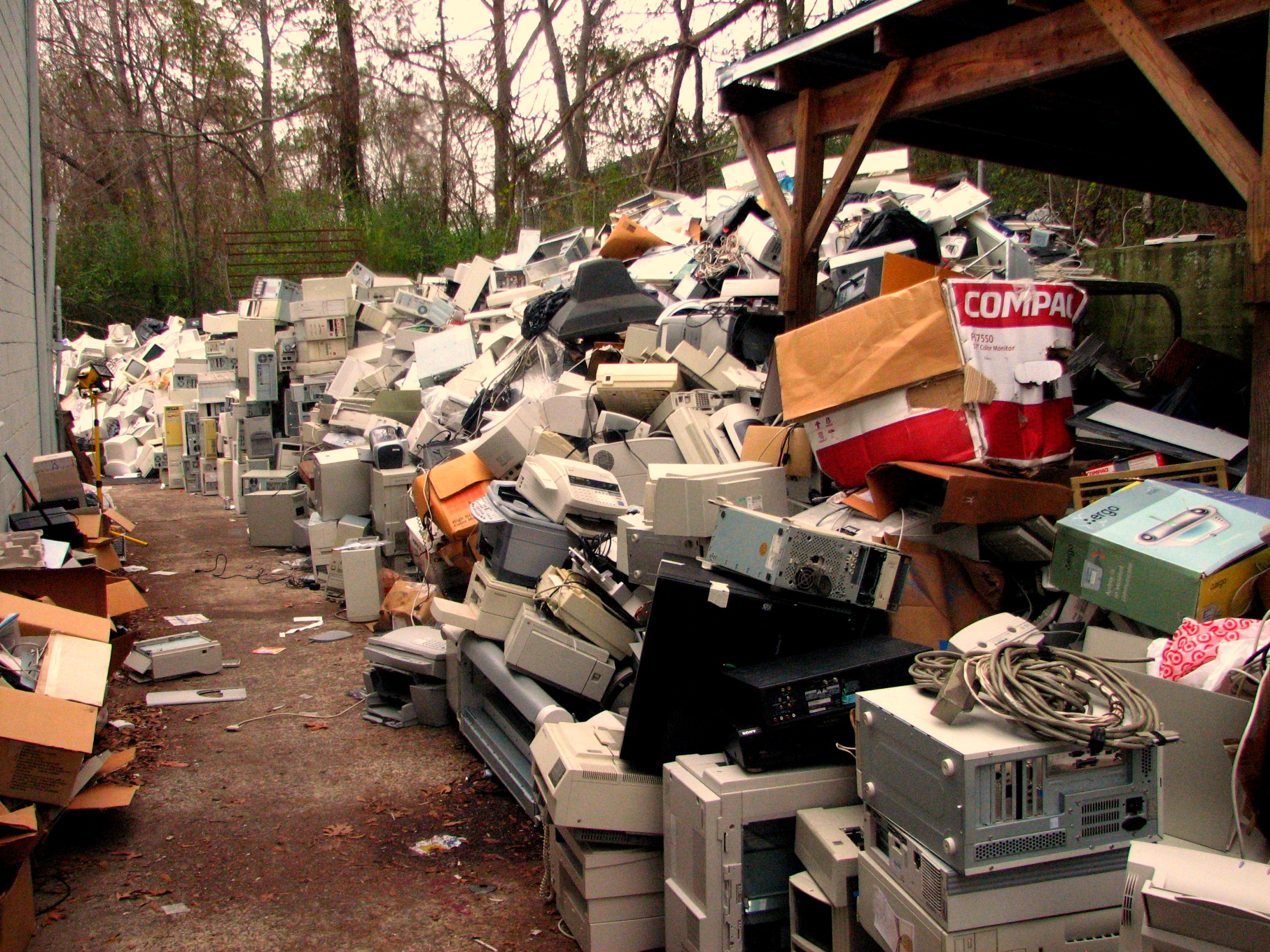 How E-Waste Is Hazardous To Biological Life

As noted above and mentioned by the EPA in the section on Understanding E Waste, there are many concerns regarding the improper breakdown and disposal of electronics that affect our air, soil, and water because of increased exposure to lead, mercury, cadmium, and other toxic compounds.

E-Waste makes its way through the incineration process at some point because it is improperly disposed of and ends up in landfills. This process releases hydrocarbons and carcinogenic particles into the air that can travel up to thousands of miles through the atmosphere and are often breathed in by nearby humans and animals. More specifically these hydrocarbons and carcinogenic particles are lead and mercury.

Even when incinerated under proper conditions there is no way to prevent toxins from escaping into the air as fire requires adequate oxygen to burn.

When residents, companies, or businesses improperly dispose of e-waste in trash receptacles that make it to landfills, the raw materials break down when exposed to sunlight and extreme temperatures.

As this happens toxins accumulate and run off into the surrounding soil and dirt. Over time, with enough build-up, these hazardous products and chemicals leach into groundwater.

Because many animals and humans depend on natural springs and aquifers, this occurrence is incredibly problematic to the health and wellbeing of the entire ecosystem.

Similar to how e-waste affects water supplies, it impacts soil in the same ways. When toxic build-up takes place in landfills, it seeps into the dirt and is not easily removed.

If the landfill is ever repurposed for any reason, the soil is permanently contaminated and will affect the land for an indefinite amount of time, preventing crops from growing and vegetation from living. 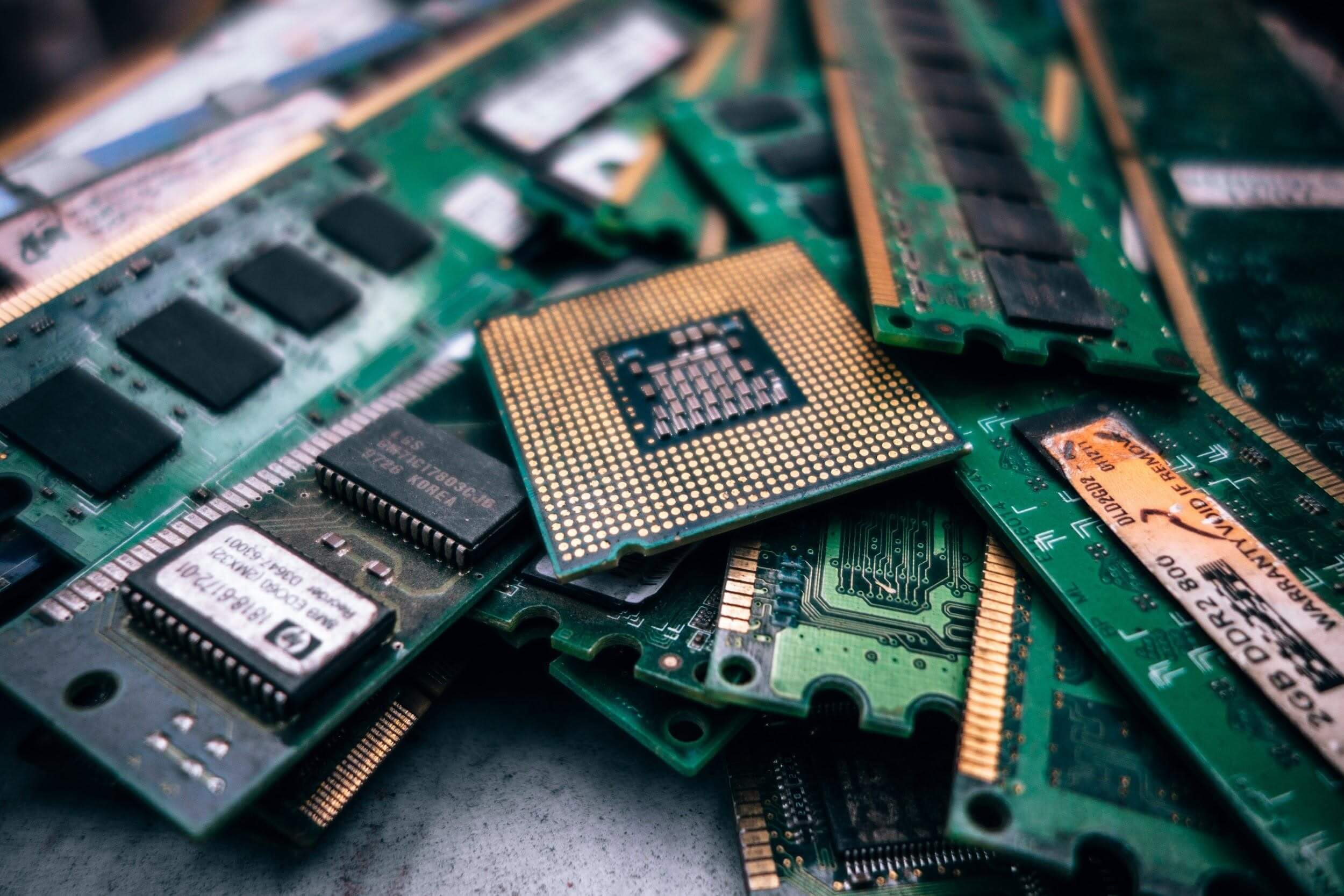 As more and more e-waste contributes to health concerns throughout the world, it is important to understand that reclassification could ultimately lead to federal laws and legislation that prevent the long-term effects of improper disposal.

While many other countries have ratified the Basel Convention, it is now up to the US to decide how it will handle the ongoing problem domestically. With no current solution or movement in congress, it is up to people and companies to become more socially responsible as we wait to see how the legislature for the U.S. handles the ongoing issues of e-waste.

How To Properly Dispose of Hazardous E-Waste and Electronics

Disposing of e-waste can be time-consuming and take more effort, but the impact on the ecosystem and humans is arguably worth the work. Here are some ways to properly dispose of computers, laptops, mobile phones, and electronics.

What Toxins are in E-Waste?

E-Waste contains multiple toxins like lead, mercury, cadmium, barium, lithium flame retardants, and more. In addition, there are toxins contained in plastic casings and housings called polyvinyl chloride. When improperly disposed of these toxins are released into the air, ground, and water supplies.

Where Does the USA Send E-Waste?

The United States transports e-waste abroad to countries like Taiwan, China, Pakistan, Thailand, Canada, and Kenya to be disposed of so that the burning of toxic compounds doesn’t affect the country's domestic population.

How Much E-Waste is Recycled in the US?

Only 12.5% of e-waste is recycled in the United States despite high-value recoverable metals and compounds like gold, silver, and titanium. It’s also important to note that e-waste represents 2% of the US’s trash contained in current landfills, but is accountable for 70% of all toxic waste.

How Many States Have E-Waste Laws?

Currently, 25 states have e-waste laws. The states included can be found in this document by the National Conference of State Legislatures on e-waste.