WHAT IS A REFINING CATALYST?

What comes to mind when the refining catalyst term is mentioned is the process of removing impurities from the catalyst. However, there is of course a process that led to the contamination of the catalyst.

During the refining process of crude material, catalytic refiners--also known as refining catalyst or catalyst--get contaminated with impurities like coke, sulfur, vanadium, and nickel, and become deactivated over a period of time. Once catalysts become inactive, they will be withdrawn from the process. At this stage, catalysts are considered “spent” and the precious metals, coke, and other poisonous elements make them hazardous waste. This is when the refining catalysts used in refining processes become hazardous waste that needs to be managed. 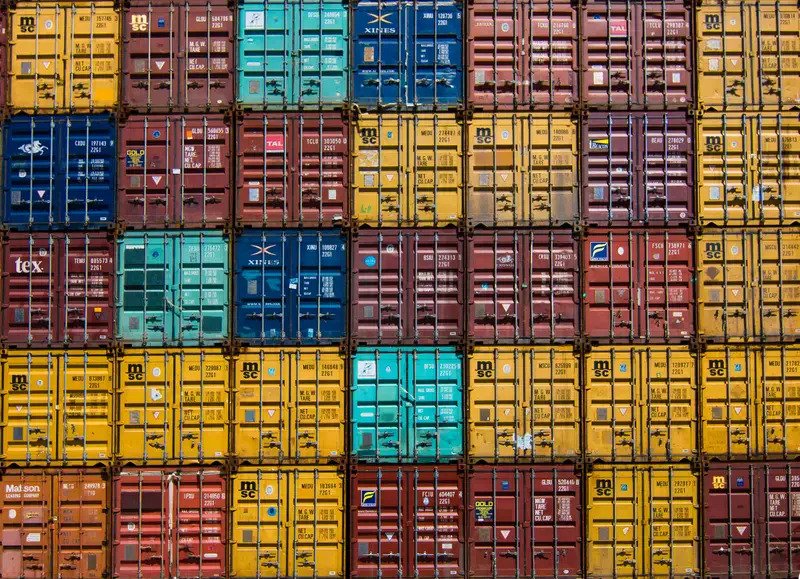 How Long Does It Take A Refining Catalyst To Become A Spent Catalyst?

There is variation in the duration that each kind of refining catalyst takes before it becomes spent. For example, diesel hydrodesulfurization catalysts typically have a life cycle of 3-4 years, whereas FCC catalysts get lost to the atmosphere on a daily basis and are offloaded every 14 days or monthly, based on activity.

Once catalysts have lost their catalytic powers and become ineffective, they will be withdrawn from the process. At this stage, catalysts are considered “spent” and the heavy metals, coke, and other poisonous elements made them hazardous waste.

So the catalyst is no longer a catalytic substance used in the refining process--it is now a spent catalyst that needs refining and it is a hazardous waste that needs to be managed, disposed of, or recycled according to all legislated local and international regulations such as EPA, the Basel Convention, and OECD.

The Petroleum Industry And Refining Catalysts

The petroleum industry refines crude oil into useful end products such as kerosene, home heating oil, diesel fuel, and gasoline. Refining crude oil entails a lot of chemical reactions. These chemical reactions take place in a multi-chambered industrial installation referred to as a refinery. The use of catalysts is essential to facilitate various processes involved in each chemical engineering unit of the refinery. 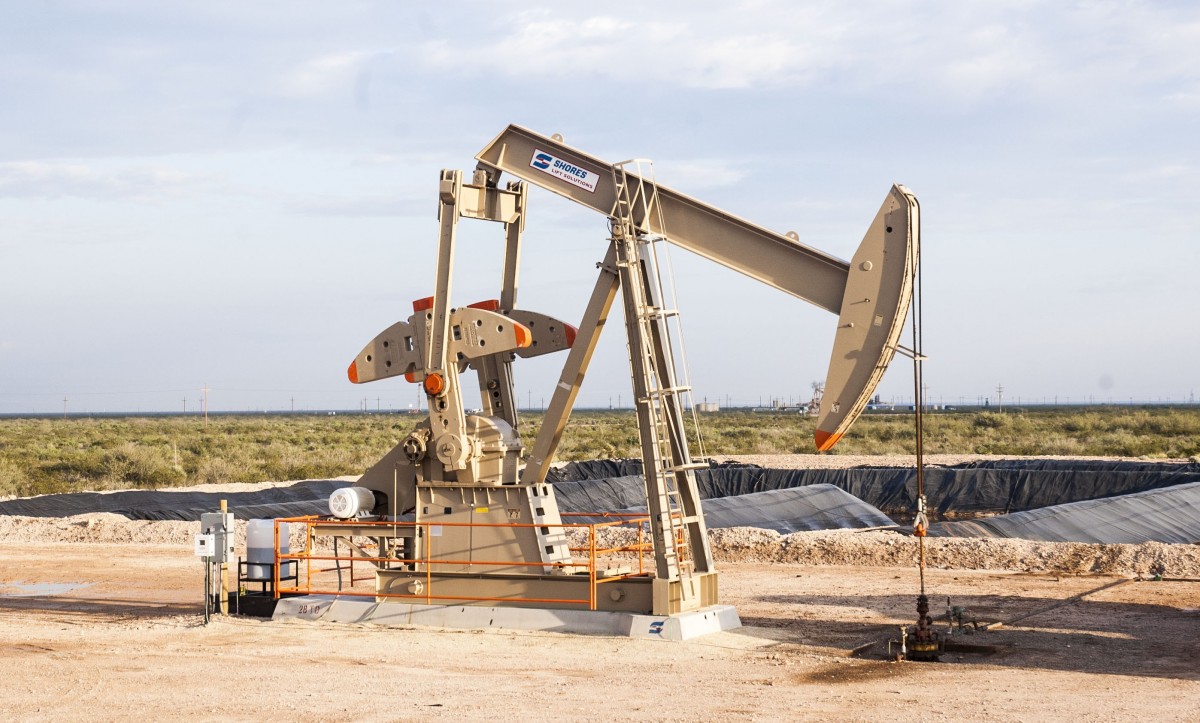 Refining Catalyst As A Catalytic Refining Agent In The Petroleum Industry

Cracking As A Major Part Of The Refining Process

Cracking gives refiners the ability to decide the products that they would like to produce. In petroleum refining, this process is used in the production of petrol, diesel, and gasoline.  There are different methods of cracking crude petroleum. A distinct type is thermal cracking. The other types are catalytic. They are:

The Difference Between Catalytic Cracking And Hydrocracking

It is very easy to mix up catalytic cracking and Hydrocracking, so here is the difference:

Hydrocracking is a process that breaks down complex hydrocarbon molecules into simpler ones by using a catalyst and an elevated partial pressure of hydrogen gas. This is an established and reliable method for transforming low-value heavy oil fractions into higher-value products.

Thermal cracking, on the other hand, involves subjecting heavy fuels to both pressure and intense heat, therefore physically breaking the large molecules into smaller ones.

Hydrocracking is the preferred method of refining heavy oils because it produces less environmental pollutants and more of the useful gas oil constituents than thermal cracking. Products produced by this process include diesel, jet fuel, and LPG.

Hydrotreating is the process of removing unwanted impurities such as sulfur, nitrogen, and metals by reacting with hydrogen in the presence of a catalyst--and thereby upgrading oil fractions.

There are several possible configurations for the process, but the most important components of the hydrotreating system are the reactor section, which features a high-pressure reactor vessel and proprietary reactor internal technology and catalyst. The configuration will be optimized to suit the requirements for tolerable limits of impurities. Some typical hydrotreating processes in refineries are:

Hydrotreating refining catalysts function to reduce sulfur, nitrogen, and aromatics or enhance cetane, density, and smoke point in crude oil even including heavier and contaminated feedstocks. 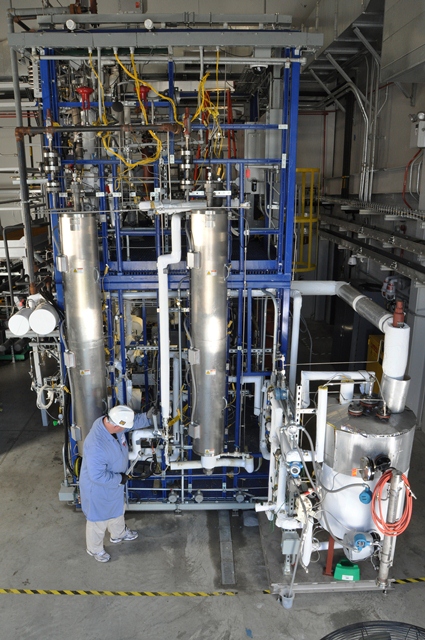 Catalytic reforming is the process of modifying or re-adjusting molecules to improve the anti-knocking property or octane value of gasoline. The end product is a reformated gasoline (high octane gasoline), which has a higher monetary or market value. In reforming, paraffin is reconstructed without changing its carbon number. Also in reforming, Naphtha is mixed with hydrogen and is heated and passed over pellets of catalyst (platinum) in a series of reactors. These are under high pressure and thus produce a high-octane gasoline. The end products of the catalytic reforming process are called reformates.

Fluid catalytic cracking is a chemical process that utilizes a catalyst and heat to break long-chain hydrocarbons into smaller-chain hydrocarbons. Typical products include gasoline, distillate, butane, and propane fuels. The catalyst is a sand-like solid material that is fluidized by the hot liquid and the vapor that is fed into the FCCU. The catalyst can flow between the reactor and regenerator vessels in the FCCU due to this fluidity.

FCC process: The feedstock is heated to a high temperature and moderate pressure and brought into contact with a hot, powdered catalyst. The catalyst breaks the long-chain molecules of the high-boiling hydrocarbon liquids into much shorter molecules, which are collected as a vapor.

The global refinery catalysts market size is expected to grow from USD 4 billion in 2020 and USD 4.7 billion by 2025, at a CAGR of 2.9% during the forecast period.  The growth of this market can be attributed to the rising demand for petroleum derivatives. Demand for fuel with a high octane number is also anticipated to drive the growth of the refinery catalysts market.

Globally, the current giants in the business of producing catalysts for refiners are Shell, Honeywell UOP, and BASF.

Royal Dutch Shell PLC, commonly known as Shell, is a British-Dutch multinational oil and gas company headquartered in the Netherlands and incorporated in England. It is one of the oil and gas companies and the third-largest company in the world. The refining catalysts they produce include tail gas hydrotreating catalyst, NAPHTHA catalyst, and Hydrocracking catalyst.

BASF SE is a German chemical company and the largest chemical producer in the world. The BASF Group comprises subsidiaries and joint ventures in more than 80 countries and operates six integrated production sites and 390 other production sites in Europe, Asia, Australia, the Americas, and Africa. 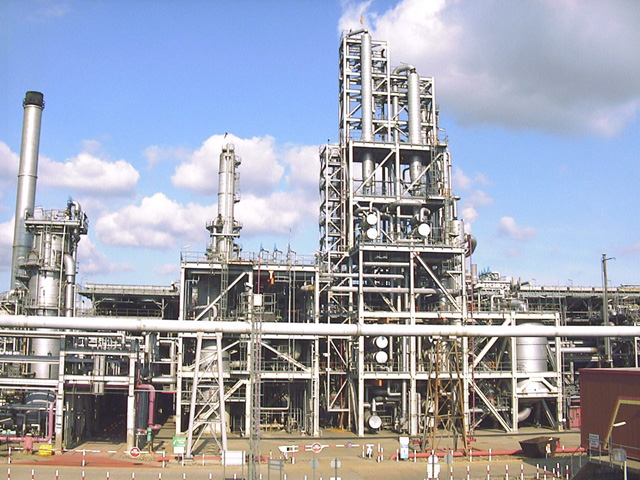 The Refinery Built For Refiners

As a refiner, if you are struggling to meet the strict environmental regulations being pushed every time, then the most effective option for you is to let go of thermal cracking and switch to refining catalysts based technology. Contrary to what you may think, switching to refining catalysts based technology isn’t as capital intensive as it sounds. Any of the companies mentioned above can repurpose your current facility into a catalytic refinery. You don’t have to build another facility from the ground up.

You might be worried about the fact that the refining catalysts are eventually going to turn into hazardous waste after going through the refining process. Hazardous waste needs to be managed with expertise. The cost of managing the waste might even turn out to be too costly, however, don’t despair. As a company, we at Recognized Trading and Shipping Inc.--in partnership with HongJing Resource Co., Ltd--are the best in environmentally sustainable technology for the transportation and eventual processing of spent catalysts. With us taking care of your catalyst processing, you can focus on your core operations. Dump your spent catalyst on us as we’ve got the best system to manage it.

Catalysts attract heavy metals, implying that they undergo chemical changes and become hazardous, but they do not undergo permanent changes except in sensitive stages of refining like the catalytic reformer unit and the isomerization unit if not properly managed. Even when the spent catalyst becomes extremely contaminated and thus permanently altered, metal oxides (Mo, C, Ni, and Co) can still be extracted from it. Hence, when spent catalysts from the refinery process are recycled, the primary goal is to extract heavy metals that can be used by Steel company and other extracts that can be used by abrasive and ceramic Industries. The primary goal doesn’t usually involve recovering the spent catalyst because there is a possibility that permanent damage has been done to the spent catalyst, and therefore it won’t be as effective if recovered.

At Recognized Trading And Shipping Inc., we manage all your spent catalysts waste for you. We help pharmaceutical companies, research institutes, agrochemical producing companies, petroleum refineries, and all types of production units whose operations lead to the production of unwanted byproducts such as spent catalysts to manage their hazardous waste.

Every form of the production unit, especially refineries produce unwanted byproducts. As a manufacturing company, your job is to focus on your core operations so as to increase efficiency and maximize profit. At RTS, we take the burden of hazardous waste off your shoulders. You don’t have to worry about creating environmental hazards by transporting and managing your spent catalyst without the required system nor do you have to worry about attracting legal sanctions by managing your spent catalysts without adhering to regulations mandated by the Basel Convention, The OECD, EPA, and other authorities.

You do not have to worry about any of the processes, from picking up the waste either by road, rail, or sea to adhering to every waste regulation authority including transboundary regulations. We’ve been doing this for 15 years. You can trust us to implement the best environmentally friendly practice in managing your spent catalyst.

Our partner in South Korea, HongJing Resource Co., Ltd recycles both specific and general industrial wastes, including spent catalysts, dust, sludge and slag. The classifications (specific or general) depend on the metal contents of the wastes. So you do not have to worry about the particular characteristics of the waste you want to manage. You can get in touch by clicking here or filling out the form here.