WHAT IS THE INTERMODAL RAIL SYSTEM FOR WASTE TRANSPORT?

Recognized Trading & Shipping has been providing intermodal transportation solutions to its customers for several years. We move the waste freight containers from the United States to the world, particularly to the Republic of South Korea. To offer fast and economical solutions, we do not hesitate to combine road transportation with rail transportation. We tell you all about the advantages of intermodal transport, which is increasingly being promoted by international governments!

Intermodal transport consists of combining at least two different modes of transport to move goods from point A to point B. It mostly happens on an international scale as the goods are shipped across the border. For example, a North American truck can drive to a port in which a ship will take over the containers and cross the Pacific to hand it over to another truck, train, or any type of transport.

In contrast to multimodal or combined transportation, intermodal transport of goods is carried out using a single container throughout the whole journey. It can be contained in simple containers, swap bodies or semi-trailers. This allows the goods to be transported without having to change containers along the way. It protects goods against theft and reduces the risk of damage from direct handling. .

The Authorities' Position on the Intermodal Rail System

To meet the challenges of sustainable development, the government has highlighted several levers in the ecological and energy transition. In particular, this promotes the development of non-road modes of freight transport. The latter complements road transport and optimizes existing means and resources. The aim is to increase the efficiency of transport and logistics systems.

An intermodal transport unit (ITU) is a removable container for the transport of goods. It is specially designed to facilitate freight transportation on ships, trains, trucks, airplanes, etc. We at RTS use it for our customers’ used goods and wastes. It is done: Without breakage of the load By several means of locomotion--in particular rail and road Equipped in such a way as to enable the items to be handled and stored safely on the various carrying vehicles

The containers terminal may be a land platform or a port. It requires special means in terms of transportation and handling equipment:

The transport or logistics company brings the intermodal transport unit (ITU) to the departure terminal. It must ensure that the ITU is collected at the arrival terminal from where it is brought to its ultimate destination. To this end, many road haulage companies--even smaller ones--have come to open their own office at the other end. If opening an office is not possible, then the road haulage company or logistics company will charge a partner for the remaining road part.

How Does Intermodal Transport Work?

Here is the usual route of a commodity by intermodal transport:

What Are the Advantages of Intermodal Transport?

Intermodal transport has many advantages in terms of logistics as well as financial and ecological benefits. For example, this mode of transportation makes it possible to:

According to all forecasts, road freight traffic is expected to continue to grow significantly in the coming years. This development of goods flow is particularly important in certain areas and on certain routes:

These are all threatened with saturation and there is thus a risk of congestion on the main roads. 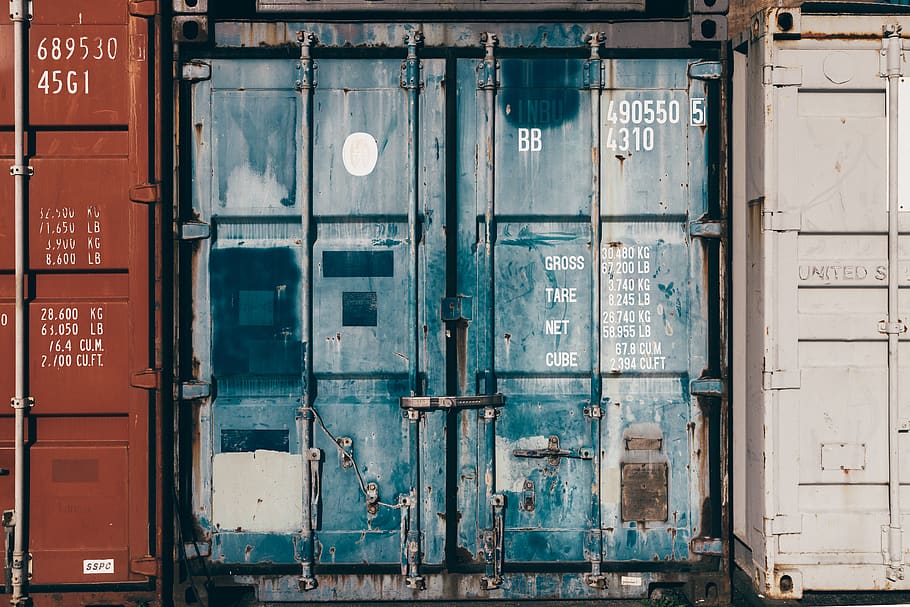 In order to solve the problem of quality of service caused by its growth, road transport will need new infrastructure. But as with other things, a certain limit may have already been reached. Indeed, apart from the high cost of building such infrastructure, territories are already well occupied.

There are a growing number of projects that aim to rebalance the modes of transport--particularly in favor of rail. However, rail capacity is limited, especially in areas of traffic congestion. The development of new infrastructure is costly, time-consuming and politically difficult to impose.

To counter this threat, it would therefore be more effective to choose genuine intermodality between rail and road. Both modes of transport are geographically available in close proximity to logistics areas.

By gradually replacing all-road transport, combined road-rail transport would make it possible to prevent the risk of saturation on the main roads. It also helps to limit the environmental and safety problems caused by this mode of transport. It has a bigger capacity to transport more goods with less trips.

Rail highways are services for the transport of containers and semi-trailers by train on existing lines. These transport services are particularly relevant for long distances or obstacle clearance. The Rocky Mountains and the Appalachian Mountains are difficult obstacles to cross in winter.

The development of rail highways is part of the Government's overall transport policy. It has a variety of solutions to promote multimodal transport and help revive rail freight.

Rail highways are rail freight services carrying road combinations or semi-trailers on specialized wagons. They constitute a segment of combined road-rail transport. They are complementary to the transport of sea containers and swap bodies.

These services are in direct competition with road haulage on most of the route. They run on the existing railroads network, i.e. without the creation of new lines. It sometimes requires gauge adjustments, such as a tunnel or a bridge.

Because of its history, the railroad network is characterized by routes with different performance levels. Improvements may be justified in order to move towards a homogeneity of the characteristics of the major traffic corridors.

Rail Transport in the US

What happened to the railway lines abandoned by the big US companies? A large number of them have been taken over by private entrepreneurs in North America. Altogether, they may represent more than 44,000 miles. These entrepreneurs practice simplified operation with locomotives, wagons and rails--all bought from the major freight networks. They do it with a reduced and flexible workforce, which hinders road competition.

It should be noted that the large railways are often owned by the small ones. There is a certain solidarity between the two. Among the smaller companies operating short lines are those that share transfers between the marine dock and the rail mode. In principle, railways and ports are then built by the port authority.

Today, the mastery of intermodal techniques can bring advantages to those who implement them from a logistics perspective. Although the container is inseparably linked to intermodal transport, it is no longer just an intermodal transport unit (ITU) that makes it possible to combine different modes of transport such as:

It has become an intermodal logistics unit (ILU) that makes it possible to increase overall performance in:

The use of the container in the context of intermodal transport leads operators to implement logistics strategies. The aim is to optimise their efficiency and costs. Strategies that are great for the logistics transport sector and also for the economy in general.