WHAT ARE CAR BATTERIES MADE OF? CAN THEY BE RECYCLED?

Car batteries are energy storage devices, storing their energy in chemical form. The most common is the flooded lead-acid battery. Alternating plates of lead, the anode, and lead oxide, the cathode, are submerged in a bath of sulfuric acid electrolyte, or “battery acid.” Each cell holds 2.1 V, and car batteries are made of six cells, so the typical “12 V” car battery holds 12.6 V at full SOC. Less common AGM (absorbed glass mat) car batteries also use six lead-acid cells, not a liquid electrolyte, but a gel electrolyte trapped in fiberglass mats.

The humble lead-acid battery has been around for quite some time. In fact, it was invented in 1860. Since then, it has powered billions of cars! Paul Johnson, Executive Director of Environmental Affairs at KBI Recycling says “lead-acid batteries are the most recycled commodity on earth to date, and no other battery is as reusable as the lead-acid battery.” They’re very heavy, they’re large, and they’re ancient technology. But they still come as the standard power supply in 98.8% of all cars that are made each year.

Hybrid vehicles may still use a small 12 V pony battery to operate vehicle electrical systems, but engine starting and running power is provided by the main battery pack and voltage converters. Hybrid car batteries are typically NiMH or Li-ion (nickel-metal hydride or lithium-ion).

Electric car batteries are almost universally Li-ion, which is more energy-dense than NiMH, important for space, weight, and range considerations, but may still use a small 12 V pony battery for electronics when the vehicle is not “running.” When running, voltage converters power vehicle electronics and recharge the 12 V battery.

Electric cars like Tesla Model S Renault Zoe BMW i3 , etc., can recharge their batteries to 80 percent at quick-charging stations within 30 minutes.

The beauty of how electric vehicle batteries are made is that 80% of the components are recyclable, so when your battery has come to the end of its lifecycle, it can be stripped down to separate the raw materials to reuse them. 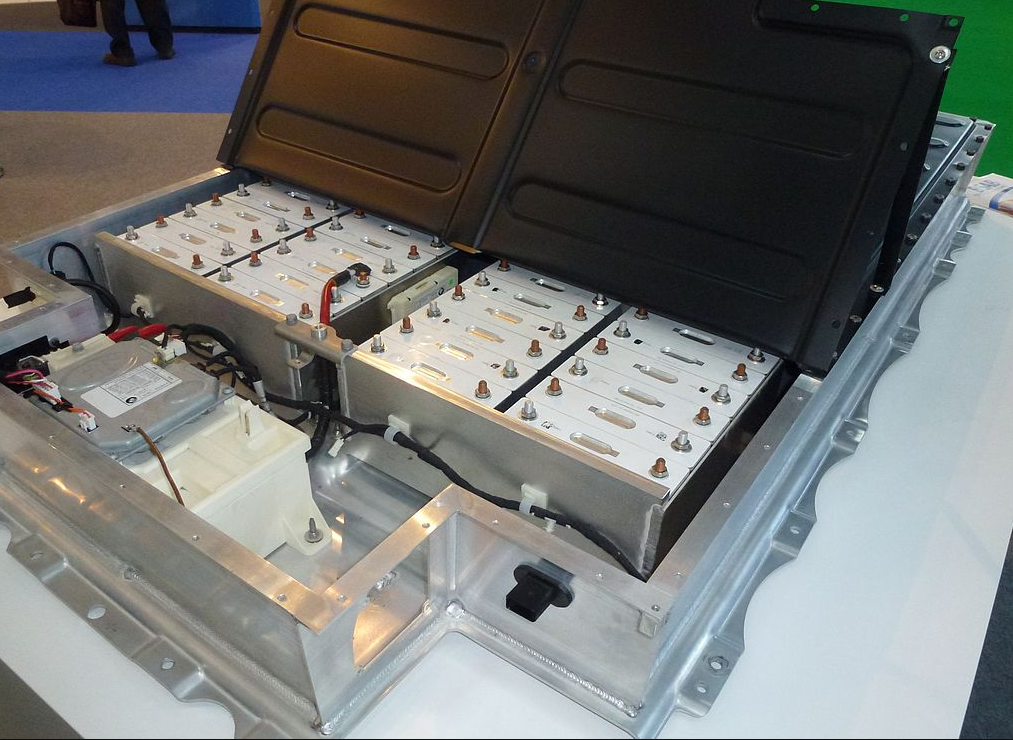 How exactly does a car battery work?

The car battery provides the jolt of electricity necessary to power all the electrical components in your vehicle. It’s an immense technical responsibility. Without battery power, your car, as you've probably noticed, won't start.

Let's take a look at how that powerful little box works:

A chemical reaction puts your car in action. Your battery converts chemical energy into the electrical energy necessary to power your car, delivering voltage to the starter.

Not only does your battery provide the energy required to start your car, but it's also stabilizing the voltage in order to keep your engine running. A car battery, along with an alternator (in traditional vehicles), also powers all of the electronic accessories, such as the car radio and headlights. Quite a bit is riding on a car battery. Call it the little box that could.

Can Traditional Car Batteries Be Recycled?

Car batteries can and should be recycled because they contain chemicals that can harm the environment if not properly disposed of.

Recycling old batteries reduces waste and keeps potentially hazardous products such as lead out of our groundwater. Since up to 99 percent of a lead-acid battery is recyclable, it also reduces the need to use new raw materials and components.

Can Electric Car Batteries Be Recycled?

Happily, the answer is yes, the batteries that power electric cars (and hybrids, for that matter) can be recycled. For decades, the few electric vehicles on the road were powered by lead-acid batteries. The latest models, with their lighter weight and longer range, use lithium-ion batteries, just like laptops and cell phones. In either case, the batteries that power electric cars can be recycled.

Hybrid cars currently on the road, like the Toyota Prius, use nickel-metal hydride batteries, which can be dismantled and recycled in much the same way.

When the battery packs in a lithium-ion-powered vehicle are deemed too worn out for driving, they may still have up to 70 percent of their life left. So before they ever get to a recycling center, these batteries are sometimes combined and used to stabilize a power grid, especially alongside energy sources that may not be quite as steady, like wind or solar power. The batteries can store power to help the flow of electricity stay on an even keel rather than ebb and flow with the weather.

Manufacturers like Nissan and Renault are using old batteries to provide new services. In Japan, Nissan repurposed batteries to power streetlights. Renault has batteries backing up elevators in Paris, and GM is backing up its data center in Michigan with used Chevy Volt batteries. Old batteries can also be useful for storing solar energy and backing up traditional electrical grids. In addition, private companies like the UK-based Powervault and Australia-based Aceleron have created technologies that can turn batteries into home electricity storage units, electric bike batteries, and other tools. General Motors Co., BMW AG, Toyota Motor Corp., BYD Co., and several renewable-energy storage suppliers are among those trying to create an aftermarket, thereby obtaining extra profits. - source, the National Institute for Energy Research

Since lithium-ion battery-powered cars are just now coming to the mass market, the recycling centers that can reclaim their components are still in their infancy too. There is still much to be done to improve the efficiency of our battery recycling processes. 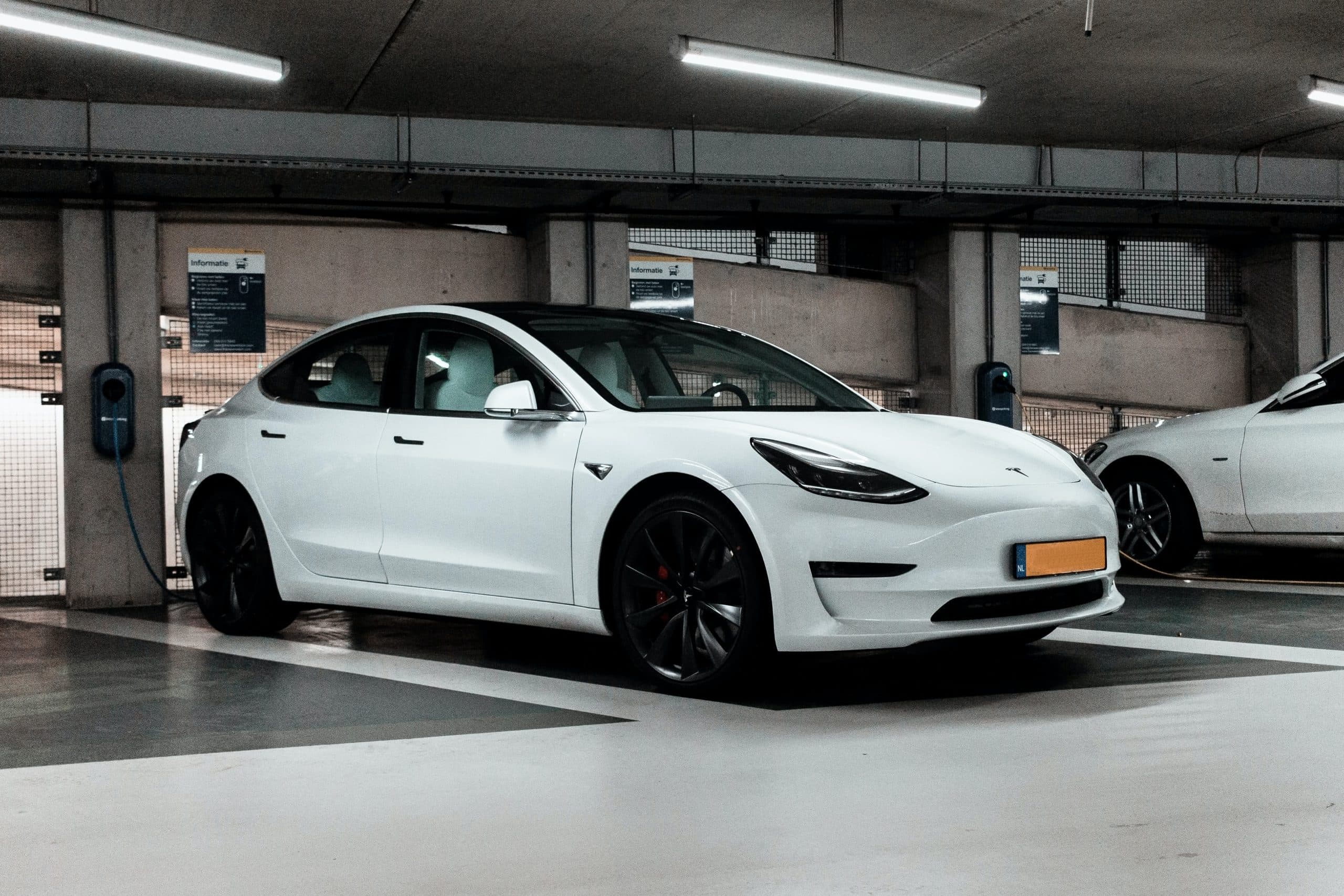 Although many countries collect batteries for recycling, they often are not properly recycled. In fact, the collections rates in Europe are up to 96% in countries like Croatia. But the actual recycling rates in the European Union are about 7%. In the United States, it’s less than 5%.

There are many reasons why Li-ion battery recycling is not yet a universally well-established practice. Governmental laws, the need to keep prices low, lack of proper infrastructure and facilities, and a simple lack of awareness all contribute to the abhorrent low rates of electric car battery recycling.

Until now, most of the effort to improve Li-ion battery recycling has been concentrated in a relatively small number of academic research groups, generally working independently.

Laws are changing as governments are becoming increasingly aware of the need to control hazardous materials. In March of 2018, China mandated that all car manufacturers be required to recycle all car batteries.

How Are Car Batteries Actually Recycled?

When lithium-ion batteries reach a recycling plant, there are two ways to pulverize them. If they are completely without a charge, they're simply shredded so that the metal components such as copper and steel can be easily sorted out. If the batteries could still possibly have a charge, though, they're frozen in liquid nitrogen and smashed to frozen bits. The liquid nitrogen is so cold, the batteries can't react, so the smashing is safe. Then the metals are separated and sorted for reuse.

With respect to the Lithium, it’s much more difficult to extract. It takes 250 tons of the mineral ore spodumene, when mined, or 750 tons of mineral-rich brine, to produce one ton of Lithium. Because it’s such an intensive process, it’s rarely done. Not to mention that there is no money in recycling Lithium. It currently costs 3 times more to recycle Lithium than it does to extract it from the earth.

We still have a long way to go with respect to recycling electric car batteries. But we’re making progress and there are many companies that are at the forefront. It starts with awareness and Recognized Trading & Shipping is already thinking hard about the future. One of RTS’ specialties is exporting Lithium-Ion batteries for recycling purposes. This helps keep the hazardous components out of landfills and conserves energy and planetary resources. Recognized Trading & Shipping finds trusted recyclers overseas and is only company that complies with all international treaties dealing with shipping waste. For more information, please call (213) 444-9966.